10 signs of a laptop breakdown soon

The laptop has become an indispensable tool for work and leisure. Modern gadgets are actually quite reliable devices, although any device can break - and to troubleshoot, you will need to go to the service, where a specialist will determine the cause of the failure and eliminate it. 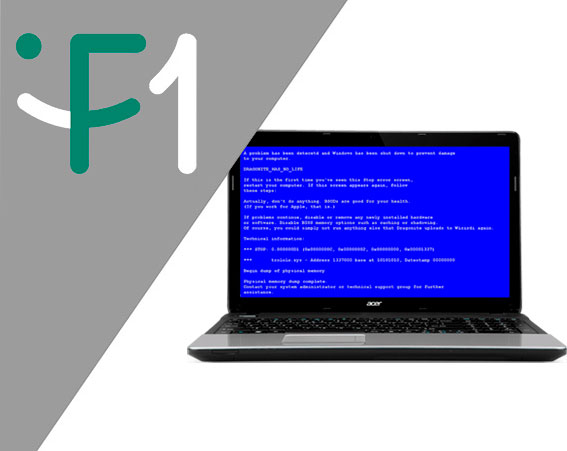 10 signs of a laptop breakdown soon

The laptop has become an indispensable tool for work and leisure. Modern gadgets are actually quite reliable devices, although any device can break down - and to fix the malfunction, you will need to go to a service where a specialist will determine the cause of the breakdown and fix it.

And if problems cannot be avoided, it is necessary to learn to recognize them in a timely manner in order to carry out preventive maintenance or repair. What signs tell you about an imminent breakdown?

These alarms indicate that the device will fail soon. If you find one or more of these signs on your laptop, do not postpone going to the service center for a long time.

Most often, hardware conflicts arise due to the fact that several devices are trying to gain exclusive access to one laptop resource. Naturally, not all hardware conflicts indicate a near breakdown, but in any case they guarantee trouble. The most common ones are problems with USB ports, loss of sound in some programs, system crash in BSoD. The Blue Screen of Death (BSoD) immediately causes panic among many users. The cause of the system crash may be incompatibility of drivers, a conflict between laptop devices, virus infection, etc. There is no need to panic, it is better to contact professionals.

In addition to the fact that laptops vary in configuration, they can also differ in noise cooler. They can be low noise and high noise. Even there are special programs for monitoring the status of fans. For example, SpeedFan. This is a free program that allows you to control the temperature and fan speed. Dust, animal hair, small debris - all this clogs the fan over time and causes noise, which can be followed by a laptop breakdown. If the device has not been cleaned for a long time and the thermal grease has not been changed, then it is worth doing this in a specialized service center.

The hard drive began to work loudly and slowly

Particular attention should be paid to disk noise when:

In the best case, the hard drive becomes unusable gradually, which gives you the opportunity to quickly respond to changes in the operation of such a drive, copy your data and replace the storage device before a fatal failure occurs and the hard drive is completely damaged.

The most reliable way to store important information is on multiple media simultaneously (backup). If one medium fails, and you have a backup copy of important data, then you will not be afraid of any hardware failures.

The laptop itself reboots

If, without much load, the laptop itself reboots, a clear sign of hardware problems. It is unlikely that it will be possible to solve the problem without disassembling the device. This also includes the situation when the laptop itself turns off. It happens that reboots are preceded by error messages, such as "error reading memory at address ...". This is a sign of problems with RAM or the motherboard. They are easy to solve by replacing the problematic part.

Sound signals when turning on and off

Sound signals are primarily intended to warn the owner of a laptop about the presence of certain problems.

Thus, if you hear a squeak in the laptop, at any stage - when loading, during operation, when shutting down, be sure to seek the advice of experienced specialists.

During operation, the laptop can emit different signals, as well as a variety of combinations of signals. For example, five short signals tell us that there are serious problems with the processor, and perhaps there will be a need to replace it - a very disturbing and unpleasant sound code. Or, when three long signals appear, experts immediately pay attention to the RAM slots.

The most dangerous and disturbing is continuous squeak. In this case, it makes sense to talk about overheating of the system or failure of the power system. It may even be a malfunctioning or dusty fan. The danger of the situation is that the laptop (at least its main components) is in good condition at this particular moment in time. However, if urgent technical measures are not taken, the consequences can be unpredictable.

Video, regardless of its source, is a stream of data that turns into an image. Grain, the appearance of artifacts, the lack of 3D geometry, the disappearance of a certain color - all this is a consequence of malfunctions in the GPU. A clear sign of a broken video card is a black screen.

Laptop freezes for no reason

It is very bad if the system starts to hang just like that out of the blue. For example, when there is no particular load, you just surf the Internet or read a text - and suddenly everything freezes! It only helps to reboot, or even have to completely turn off the laptop from the outlet so that it can turn on. This may be the fault of the motherboard or other components.

The event log is a special function for viewing all events that occur in the operating system installed on the PC. It displays critical errors, warnings and other important information.

Too many errors in the Windows system log can also be an eloquent sign of damage to the operating system. Red marks in the magazine most often indicate critical errors in the operation of hardware or software. Attention type notes should not be ignored, as they may lead to more serious problems in the future.

A progressive decline in productivity can also be seen as the beginning of the end. The cause of a decrease in performance may be mechanical deterioration of the magnetic surface of the hard drive. However, the same problems can be caused by viruses, as well as too many programs running in the background.

The low speed of the Internet is always annoying. It's one thing if it is connected with your Internet service provider, but if the cause is a malfunction of the router, network card or adapter, this is already a real problem.