How to use a laptop and smartphone in cold weather

With the arrival of frost, there may be problems with the operation of a smartphone and laptop on the street. Low temperatures can be dangerous for our mobile devices: the battery charge of the smartphone disappears "before our eyes", it is impossible to use the phone with gloves, the screen, the motherboard, the hard disk can fail in the laptop, the wear of the Li-ion battery increases, and sudden changes temperatures can completely disable the device. 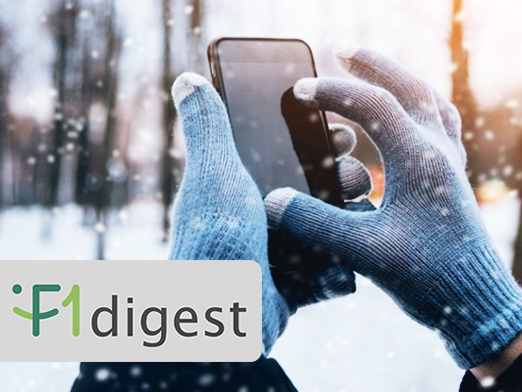 How to use a laptop and smartphone in cold weather

With the arrival of frost, there may be problems with the operation of a smartphone and laptop on the street. Low temperatures can be dangerous for our mobile devices: the battery charge of the smartphone disappears "before our eyes", it is impossible to use the phone with gloves, the screen, the motherboard, the hard disk can fail in the laptop, the wear of the Li-ion battery increases, and sudden changes temperatures can completely disable the device.

How should laptops and smartphones be used at low temperatures so as not to harm them? This issue is very important, because the temperature difference is dangerous for any equipment. The main enemy of any mobile device is moisture; in the cold season, it forms in the form of condensation. Condensation that forms inside and outside the device can cause corrosion and damage the processor, battery, and other components. Well, if you notice moisture bubbles under the smartphone screen or it behaves strangely, then it is better to contact a service center.

We offer some useful tips for operating mobile equipment in cold weather in order to avoid unpleasant consequences.

AMOLED-screens of smartphones withstand frost better, but crystals of LCD-screens at subzero temperatures lose sensitivity and the sensor starts to work slowly. This is due to the loss of the ability of crystals to move, they lose it under the influence of low temperatures. Even carrying the laptop in cold weather exposes it to dangers, not to mention use. The parameters of the matrix are reduced, and the picture becomes paler and noticeably more inertial, since the polarization angles of the liquid crystals decrease (irreversible stratification is possible), up to complete failure. With prolonged exposure to frost, the wear of the lithium-ion battery increases sharply. Hard disk malfunctions may appear (thermal calibration for the latter has a limited effective range). The plastic case becomes more fragile and damage to the case may occur. Other components of the laptop may also suffer - components of the video card, motherboard, etc., without which the laptop will not work at all. Most laptops have an operating temperature range of +5 °C to +30 °C, but often there is no way to comply with such requirements.

Read the instruction manual for your gadgets regarding the temperature at which the manufacturer recommends using it. As a rule, the documentation indicates the permissible temperatures, both for storage and for the use of mobile equipment. Manufacturers recommend adhering to a rate of change of t no more than 15 °C per hour. It should be borne in mind that the incorrect operation of the display of most popular smartphone models, as well as response delays, start from -5 °C to -10 °C. Having cooled down to below -20 °C, the gadget may turn off altogether.

Therefore, we advise you to keep your laptop and other computer equipment in the cold for no more than one hour.

Store in a case

When transporting laptops, mobile phones, and tablets, use a bag case to prevent cold damage to their screens, batteries, and hard drives. If you have to be in the cold often and for a long time, get an insulated accessory so that it has special inserts made of porous material. If for some reason you have to leave the devices, for example, in the car for a long time in severe frost, wrap them in a thick cloth.

To keep your fingers from freezing, use touch-sensitive gloves with conductive threads at the tips of your thumb and ring fingers to enter information. These gloves can be found in any store, you can recognize them by the stitched ends.

Try not to take your smartphone out in the cold unless absolutely necessary. If you still have to do this, cover the lower part with your palm - this will cool the battery more slowly.

Leaving your laptop or tablet in sleep mode rather than turning it off completely can keep it warm longer until its battery runs out. However, it also increases the chances of damage if you are on the move. So, it's best to turn off the power completely to keep your data safe.

It is better to turn off tablets or laptops completely before going outside in winter. When transporting your laptop, it is best to take out the battery (the most frost-sensitive part) and move it separately in a warm place.

Even if the transportation of the laptop in the cold was short-lived, after bringing it into a warm room, in no case should you rush to turn it on. Allow it to warm up to room temperature before turning it on indoors. The longer the laptop has been outside, the longer do not turn it on, this period can take from 20 minutes to 2 hours. Indeed, when the temperature of the external environment changes, condensation forms in the middle of the laptop, the same as in phones (moisture that is contained in the air, condenses into drops during temperature drops), which can cause a short circuit or corrosion, and as a result, the destruction of current carrying elements inside the gadget. And this is fraught not only with the failure of individual components, but the entire device as a whole.

The battery of mobile devices suffers greatly from frost. So that it does not lose its capacity and, as a result, does not completely deteriorate, start another battery.

If you realize that you will spend the whole day in the cold, do not forget to take a portable charger with you - however, they are just as afraid of the cold, so they also belong in the inner pocket of your clothes.

You can install on your smartphone one of the programs that extend battery life: DU Battery Booster - Power Saver, Task Killer or Battery Doctor. They will tell you how long the charge will last when different applications are running - with an active conversation, Wi-Fi turned on or recording on a dictaphone. The more applications are running on a smartphone, the faster it discharges, and in airplane mode, charging will last for a longer time than with the FM or Bluetooth receiver turned on.

It is not worth taking out a smartphone unnecessarily in the cold, and it is better to receive calls using a headset. Use a headset during a conversation - this way you can leave your smartphone warm, but at the same time freely solve your daily tasks.

Summing up, it is worth noting once again that the effects of cold and frost on gadgets are harmful and lead directly to breakdown, therefore we must take care of them so that they work as long as possible!